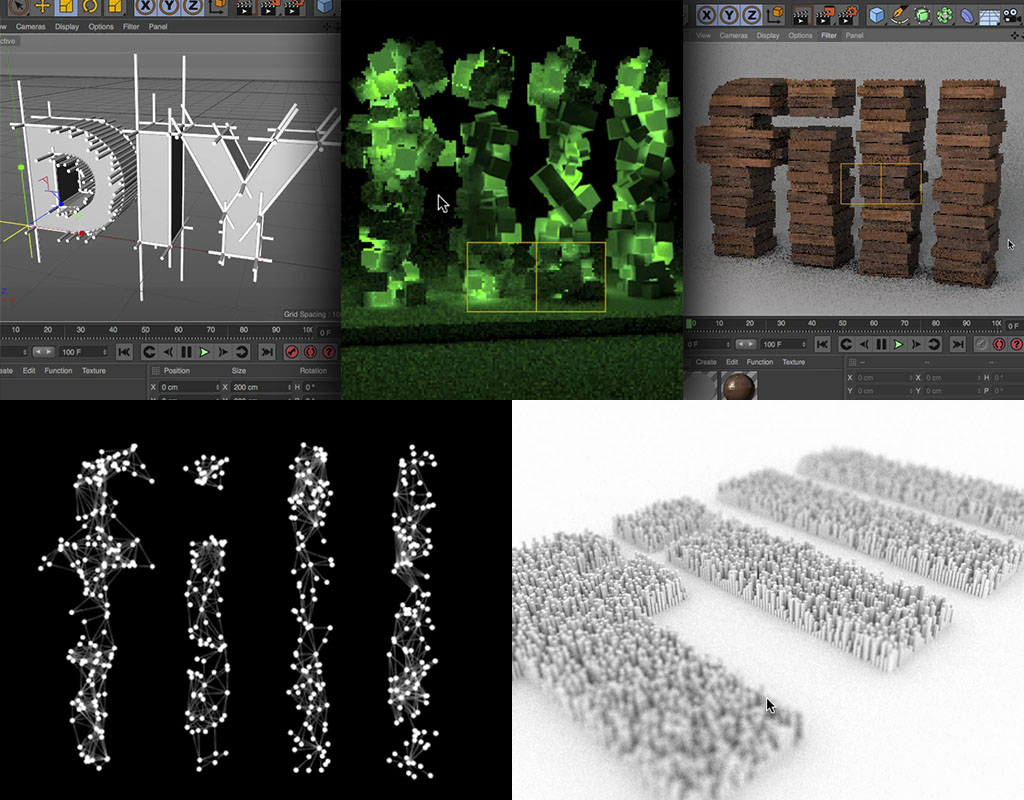 Here is the Cinema 4D screen recording from 04.06.2016
Part 1:
In the first half we built one example from the previous class. We used the cloner to create some sort of cage around our text, then we used the Random Effector to add some randomness to the length.
Afterwards we used another cloner to fill another text with cubes. We then used GI to let some of the cubes illuminate our scene.
Then we used a fairly complex combination of Cloner, Text, Connect, Fracture, and Boole to create the illusion of a text made out of stacked wood plates. We also learned how to use the Multi Shader to apply different textures from a folder.

Part 2:
In the second half we created a “plexus” effect with the help of a plugin called pConnector. The plugin can be downloaded here:
http://tcastudios.com/?p=90
And then we created a regular grin on a text object and filled that with randomly sized cubes/sticks.